ARLINGTON, Texas, Nov. 25, 2021 /PRNewswire/ -- The Salvation Army's 131st annual Red Kettle Campaign launches the season of giving today and is calling on a generous public to help ensure hope marches on for millions of Americans continuing to combat the impacts of pandemic poverty. The holiday fundraising campaign will ramp up at AT&T Stadium this afternoon with a special nationally televised halftime performance during the Dallas Cowboys Thanksgiving Day game against the Las Vegas Raiders on CBS.

Award-winning country musician Luke Combs will dazzle audiences across the nation with a live performance at a halftime show that will include the iconic Dallas Cowboys Cheerleaders.

"This year marks 25 incredible years that we've been honored to support The Salvation Army on a national stage to provide help and hope to millions of Americans in need each year," said Charlotte Jones, executive vice president and chief brand officer for the Dallas Cowboys and former national advisory board chairperson for The Salvation Army. "During these challenging times, we're humbled to be part of The Army's enormous effort to help families keep their homes this holiday season and beyond."

The Red Kettle Campaign, the largest and longest-running fundraiser of its kind, is especially needed now to meet the increasing needs of millions of Americans continuing to battle the impacts of pandemic poverty. The Salvation Army has not stopped working to provide help and hope — no matter the cost — since the pandemic began. This year, The Salvation Army estimates it will need $175 million — almost 50% more than raised in red kettles in 2020 — to help keep Americans in their homes this holiday season and beyond.

"Although the holidays are often a time of joy, many of our neighbors in need may not be able to celebrate this year as they try to make impossible decisions between paying their bills or putting Christmas presents under the tree," said Commissioner Kenneth Hodder, national commander of The Salvation Army. "Helping families keep their homes this holiday season and beyond will take everyone coming together in support of vulnerable neighbors. We could not do what we do without the generosity of the Dallas Cowboys, our ambassadors, our corporate partners, and of course, our volunteers and donors."

Across the nation, volunteers, donors, communities, and corporations have stepped up in remarkable ways:

The Salvation Army needs everyone's help now more than ever. The following options are available for those wishing to support their neighbors in need:

Every donation stays in the community to help make sure that hope marches on for those in need. To give help or get help, please visit SalvationArmyUSA.org.

About The Salvation Army
The Salvation Army annually helps more than 30 million Americans overcome poverty, addiction, and economic hardships through a range of social services. By providing food for the hungry, emergency relief for disaster survivors, rehabilitation for those suffering from drug and alcohol abuse, and clothing and shelter for people in need, The Salvation Army is doing the most good at over 7,000 centers of operation around the country. In 2021, The Salvation Army was ranked No. 2 on the list of "America's Favorite Charities" by The Chronicle of Philanthropy. For more information, visit SalvationArmyUSA.org. Follow us on Twitter @SalvationArmyUS and #DoingTheMostGood.

About the Gene and Jerry Jones Family Foundation
In the area of community service, the mission of the Dallas Cowboys and Jones Family Foundation is built upon the philosophy of helping those who don't have the strength, resources, or means to help themselves, with a primary focus on a partnership with The Salvation Army. Because the Cowboys organization has enjoyed immense and unprecedented success, the Jones family feels a very strong obligation to take the visibility, energy, and celebrity of one of the world's most powerful sports franchises and channel these dynamic forces toward the bigger purpose of making a difference. Recognized as one of the world's most generous families, the Joneses enlist the talents, skills, and resources of all the Cowboys players, coaches, cheerleaders, and members of the organization to provide a unique and cutting-edge approach to community outreach. More information about the Dallas Cowboys and the Gene and Jerry Jones Family Foundation can be found at http://www.dallascowboys.com. 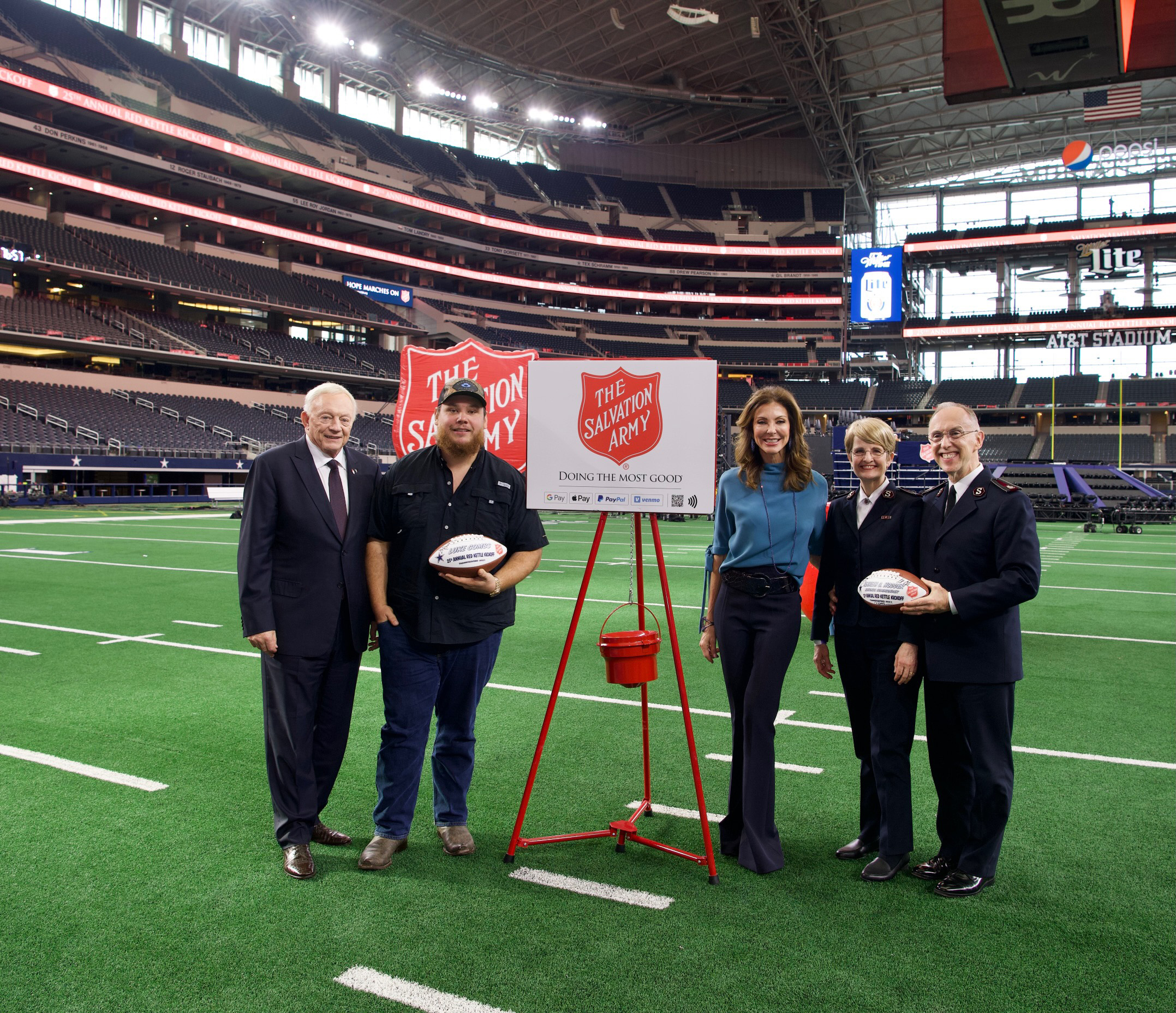