As COVID-19 continues to spread, so too do legal complaints—from challenges to gathering in groups, to event cancellations, to businesses suing their insurers for coverage of lost income.

The coronavirus has exposed many of the flaws and weaknesses in the local and federal governments, in supply chains, and in business relationships, which have been punctuated by an emergence of lawsuits specifically around the COVID-19 pandemic. Some are individuals suing on behalf of themselves or loved ones, often for those who were exposed to the coronavirus—in a nursing home, an assisted-living space, at a restaurant, or at work. Just as many are class action lawsuits: groups of individuals, companies or businesses suing a city or a state, or a state or federal branch, or suing a particular company or corporation.

Based on data from the Hunton Andrews Kurth COVID-19 Complaint Tracker, there have been more than 11,000 complaints filed across the country since January 2020. Zapproved used data from the complaint tracker to compile a list of the most common types of COVID-19 legal complaints. The complaint tracker is a database of both state and federal litigation involving COVID-19 claims and is updated daily. The different types of complaints are ranked by the number of legal complaints filed under each type since March 2020, and focuses primarily on corporate legal litigation. California leads the country with more than 2,000 complaints, followed by New York, Florida, Texas, and New Jersey.The month-over-month and state-by-state data is as of Aug. 10, 2021.

Lawyers, judges, and legal experts have been scrambling to keep up with how to handle issues for which there aren’t always clear laws or regulations. Many of the cases are still being litigated, and given the renewed fervor over mask mandates and the debate over whether people should be required to show proof of vaccination, the number of complaints aren’t likely to slow down any time soon.

Read on for the most common types of COVID-19 legal complaints. 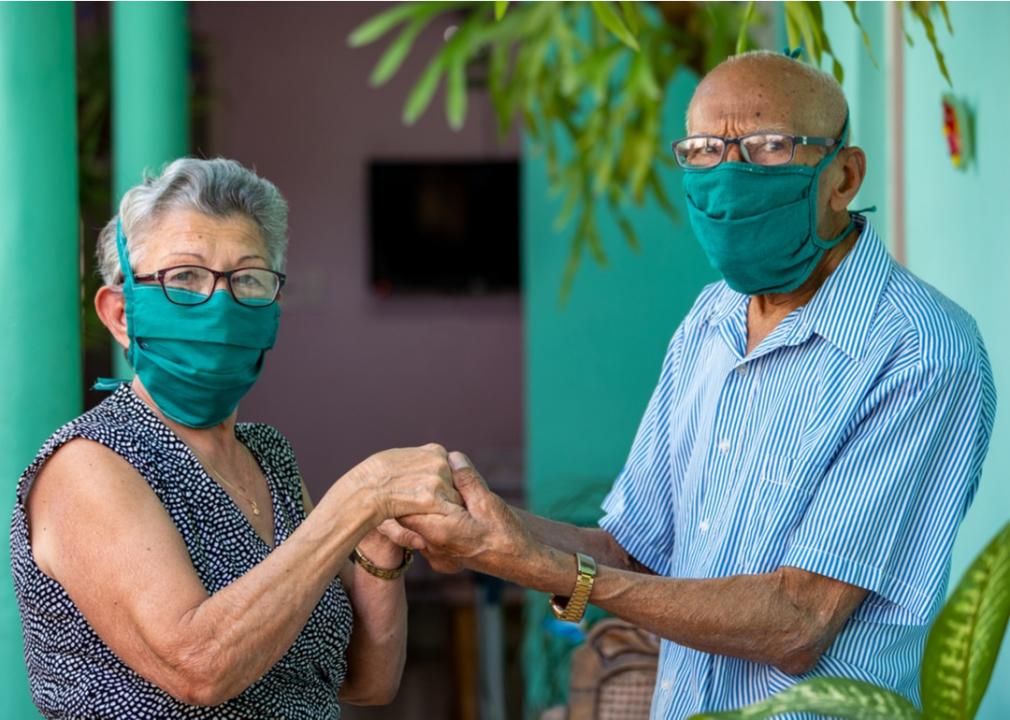 Discrimination complaints tend to be filed by or on behalf of people who feel they’ve been discriminated against, usually based on their age, ethnicity, gender, or national origin. Many discrimination complaints have involved the plaintiff or the defendant accusing or being accused of having COVID-19 and spreading it, then being discriminated against based on one or the other. In Alabama, a former employee at a Muscle Shoals metalworking company claims he was laid off during the pandemic because business had slowed down, but when it picked up again, he was not rehired and instead his job went to a younger employee. According to the workforce law firm of Fisher Phillips, “We can expect to see these decisions, and a growing number of additional appellate court decisions, throughout 2021—and beyond.” 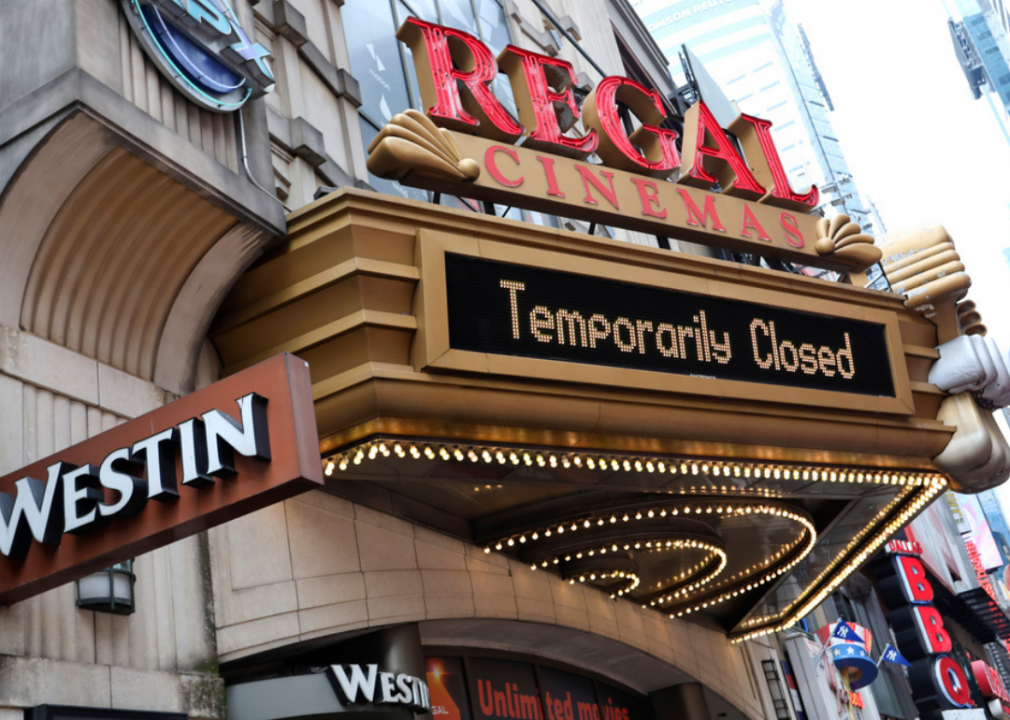 Many of the cases in this category boil down to people trying to get their money back for goods or services they paid for ahead of time—such as a concert, a trip, a sporting event, or a wedding—or for the money they invested in a musical tour or a Broadway show, for example, trying to get insurers to cover their losses. There are also complaints registered for refusing to grant refunds to people who’d bought tickets to the 2020 Summer Olympics, the cost of airline tickets for canceled flights due to the coronavirus, canceled cruises, and canceled safaris. One class action suit was filed in Pennsylvania against Southwest Airlines for not following the Department of Transportation’s enforcement notice that advised airlines to give customers full refunds if flights were canceled due to the coronavirus. For some, the most the airline has done is to offer vouchers and credits. 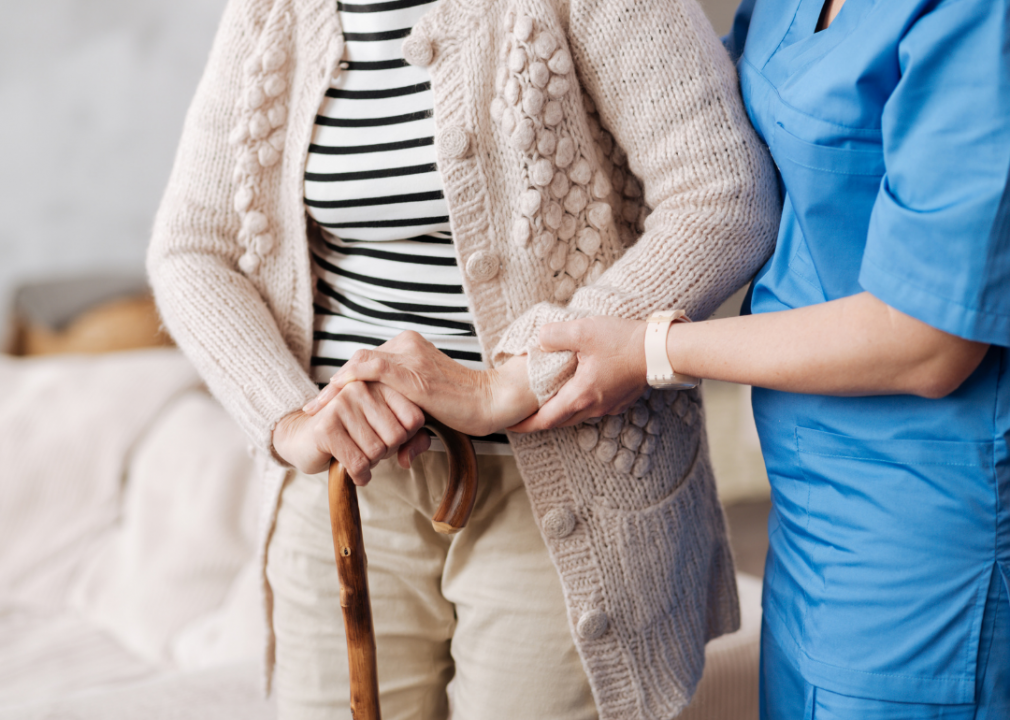 At least half of the health and medical complaints deal with elder abuse, negligent care of residents or patients at nursing homes and assisted living facilities, some of whom contracted COVID-19 and died, some who suffered from unattended bedsores or falls, and some of whom were exposed to others who had COVID-19. As stated on the website of specialty insurance distributor Amwins, “With the increasing perception that these [COVID-19 deaths] were preventable, comes the specter of litigation.” So many, in fact, that BestLawyers set up a webpage dedicated to lawyers handling COVID-19 cases. In Buffalo, New York, the daughter of a husband and wife who died of COVID-19 in a nursing home sued the facility because the company did not take proper precaution against the pandemic. Nursing homes in New York also received immunity from COVID-19 lawsuits "except in the most egregious cases" in March of 2020. 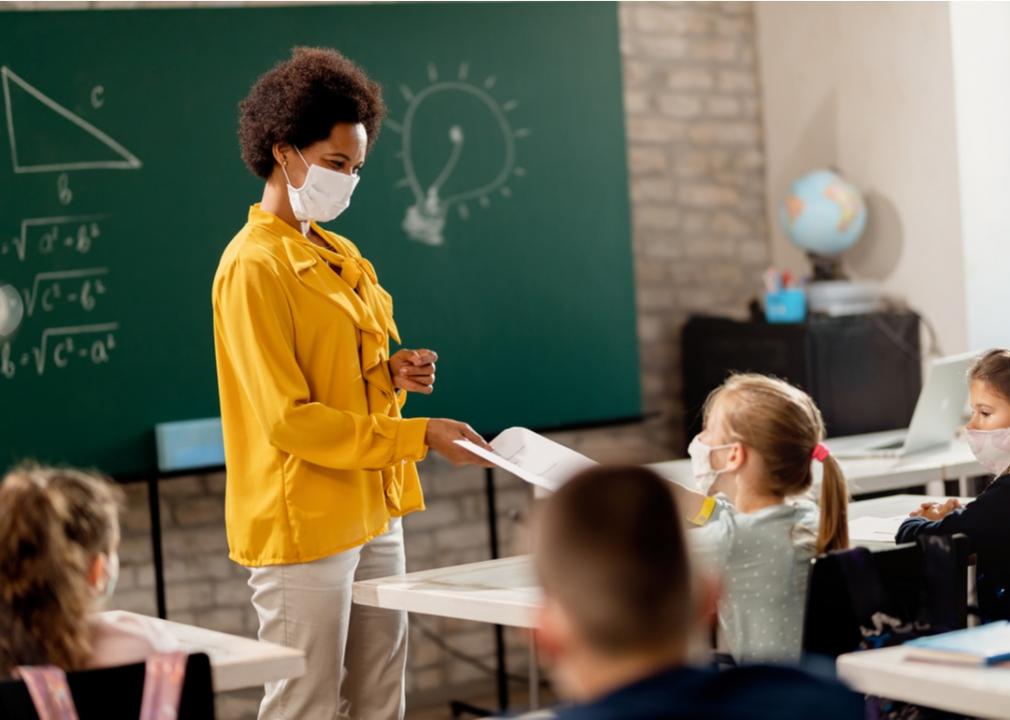 Lately, most of the education lawsuits have to do with children in schools being required or not required to wear masks. Up until the vaccines had started rolling out through most of the country in March, the educational issue was whether to keep schools open—or shut them and stick with virtual learning. As with almost everything related to the coronavirus, especially when it comes to public education and children, it’s difficult to know who to listen to. There are just as many people suing for a mask mandate as there are suing against them. Parents continually find themselves in the middle of these mask mandate disputes, wanting their children in school learning and socializing, but wanting them safe as well. 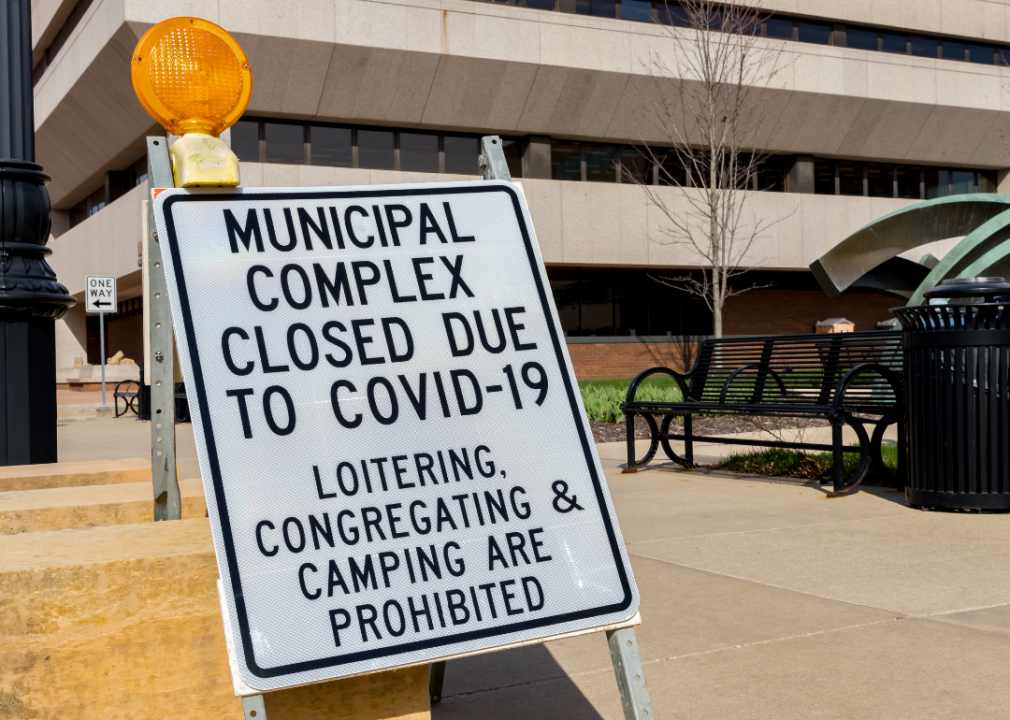 The complaints in this category revolve around the issue of an individual’s pursuit of happiness, or entrepreneurial success, vis-a-vis the community in which that person or their business operates. Tootsie’s World Famous Orchid Lounge in Nashville originally complied with the mayor’s order to shut down the city’s bars in July 2020, but then sought a restraining order against it a month later, and filed a lawsuit against the city at the same time, and again this June, on the grounds the mayor and other city employees had “issued unconstitutional mandates for controlling COVID-19, closing all bars and restaurants without scientific evidence or reasoning,” and that the city’s order was unconstitutional. And in Erie County, New York, nearly 100 restaurants and bars sued to stop former governor Andrew Cuomo from imposing a 10 p.m. curfew on their businesses earlier this year and were able to convince a judge the state had no justification for doing so. As has been the case for so many who’ve sued on such grounds, according to their attorneys, Erie’s plaintiffs were “on the verge of shutdown, economic disaster, insolvency and/or bankruptcy.” 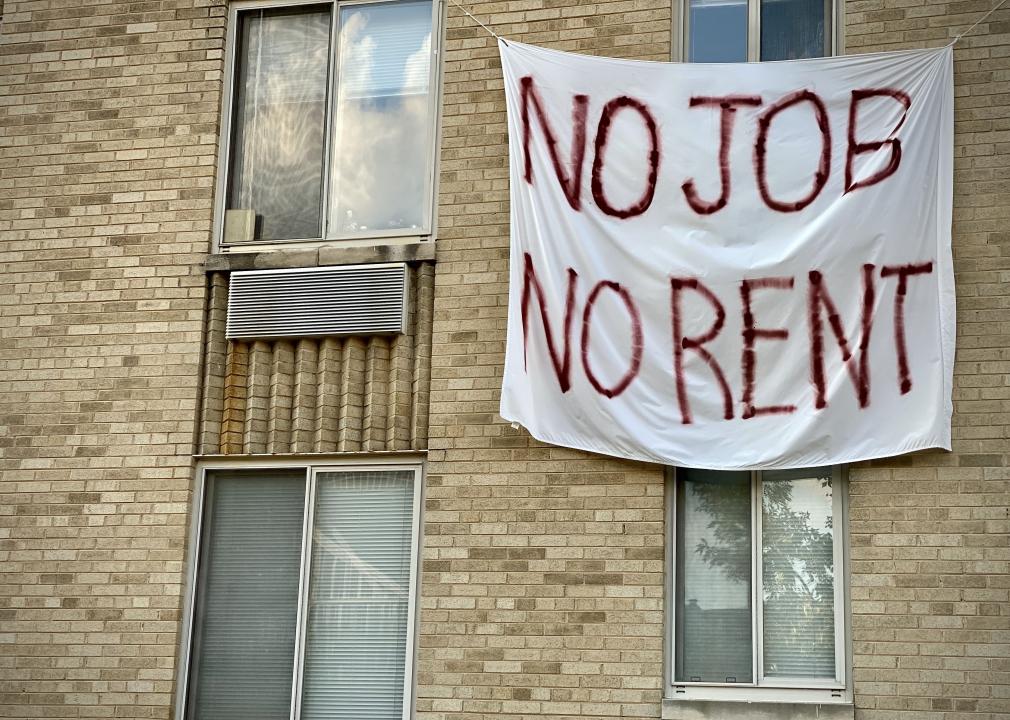 Most of the real property cases involve tenants fighting eviction or tenants who’ve been charged for rent during lockdowns, or landlords trying to collect rent from tenants who’ve claimed hardship caused by lockdowns. In Miami, the landlord of a shopping center brought an action against a commercial tenant alleging the tenant breached its lease by failing to pay rent and other charges beginning in April 2020 and continuing thereafter. Most cases like this one hinge on the force majeure provision—the so-called “acts of God” clause, an unforeseen event that many tenants have cited as their inability to pay rent or mortgage. 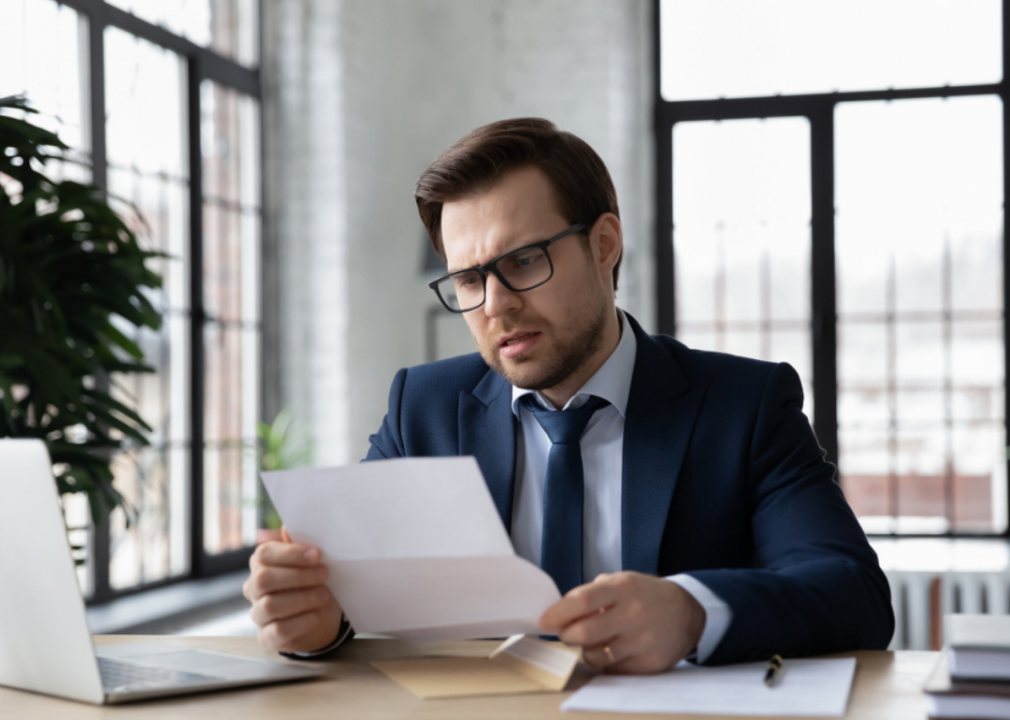 Across the country, contractors who’d been given money for wedding venues, home additions, and bus services had to cancel due to the coronavirus. Now plaintiffs everywhere want their money back. Last year, a New York judge ruled in favor of a defendant who canceled a certain event, saying the pandemic qualified as a “natural disaster,” and so “a circumstance beyond the parties’ reasonable control.” Hence, no refund. On the other hand, as pointed out by the Wall Street Journal, plaintiffs can sometimes get their money back. Acknowledging the cost of hiring a lawyer, most civil courts allow consumers to file a claim without legal representation, and help settle disputes of claims no higher than $5,000 or $10,000. “As a consumer,” said Sally Greenberg, executive director at the National Consumers League, a Washington D.C.-based consumer-advocacy nonprofit, “you have to fight it out on your own.” The National Law Review website provides information on cases involving canceled events, the force majeure clause, and unwritten contracts. 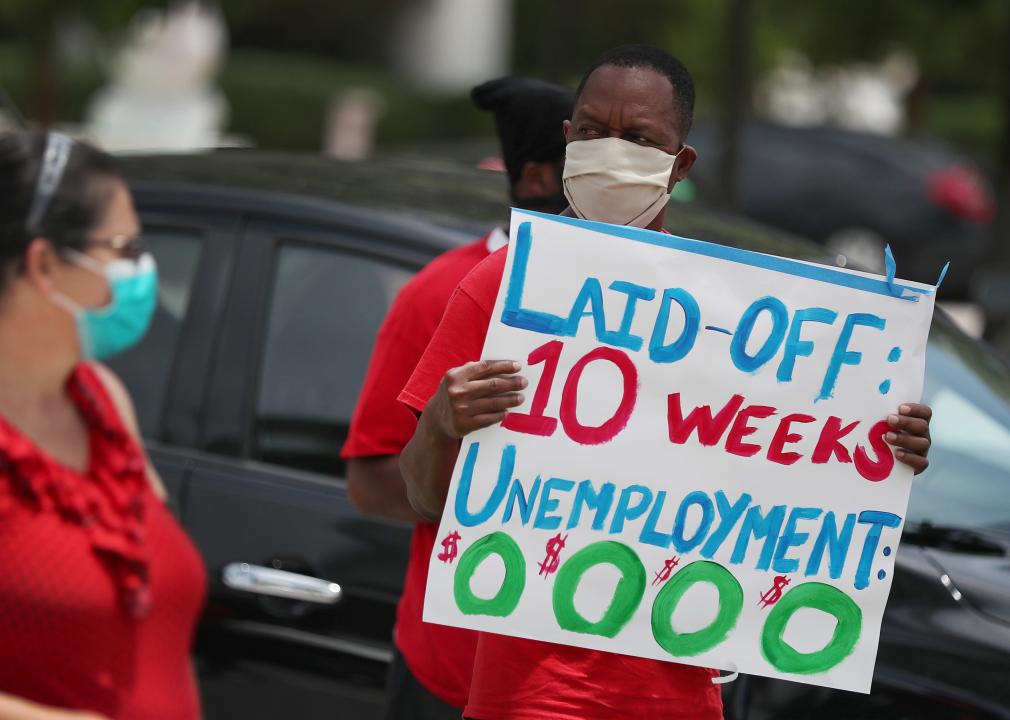 Lawsuits claiming employees were wrongfully terminated, including the following instances of possible discrimination: Employees who’ve been fired for testing positive for COVID-19; weren’t allowed to work from home during lockdown; expressed concern about working with untested co-workers or co-workers who tested positive or wouldn’t practice social distancing; and Black, older, and disabled workers claiming they were let go over COVID-19 issues while their white or younger or able-bodied co-workers stayed on. Complaints about workplace safety have surged along with the coronavirus. According to Bloomberg Law, “The federal Occupational Safety and Health Administration (OSHA) had received 14,325 such complaints through March 28, while state-operated OSHA agencies have gotten 49,125 of them.” Not surprisingly, lawsuits have proven to be workers’ best tools in advocating for their safety. “Nobody wants to lose their job,” says Marcy Goldstein-Gelb, co-executive director of the National Council for Occupational Safety and Health. “People desperately need their work. But they also need not to worry about dying for work.” 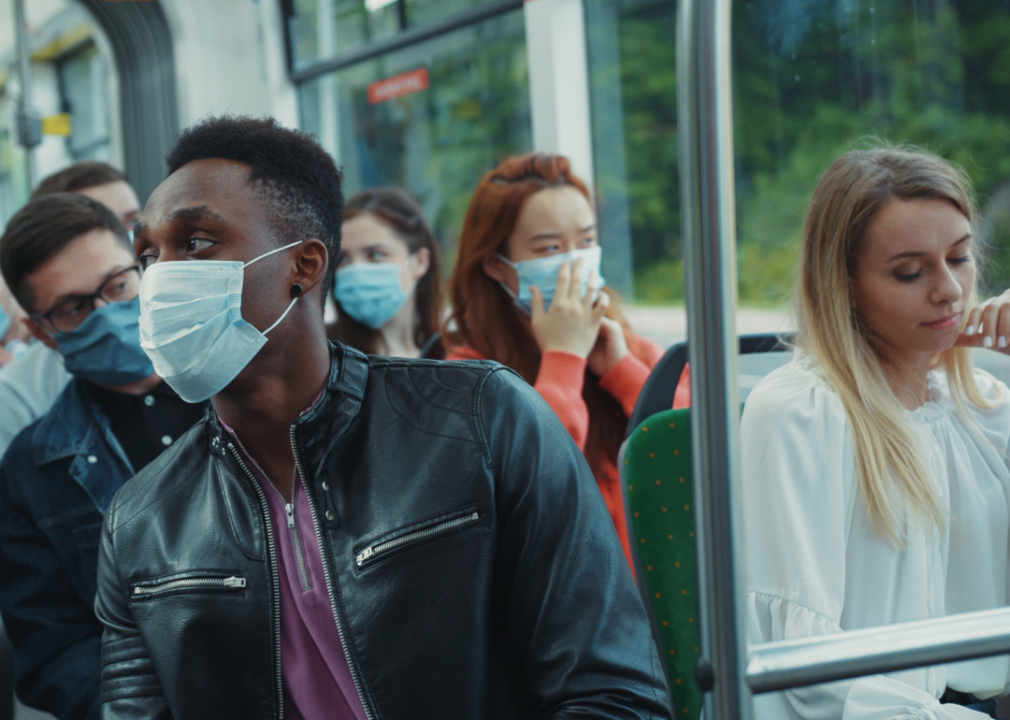 Up until the vaccine became available, most civil rights lawsuits—such as the one filed by an upstate New York law firm on behalf of 38 small businesses in Amherst, New York—challenged the restrictions imposed on them in response to the pandemic. Lately, as the coronavirus delta variant has led to a surge in COVID-19 infections, and as the Centers for Disease Control and Prevention is again urging people to wear masks, even if vaccinated. Cases like the one in Missouri—where the state’s Attorney General Eric Schmitt is challenging new mask orders in the Kansas City region—have become popular. As recently pointed out by Scott Bomboy, editor of the National Constitution Center, lawsuits around masks are complex, “with several federal and state constitutional issues at play,” from “separation of powers within the federal government and the states,” and myriad issues within each state. 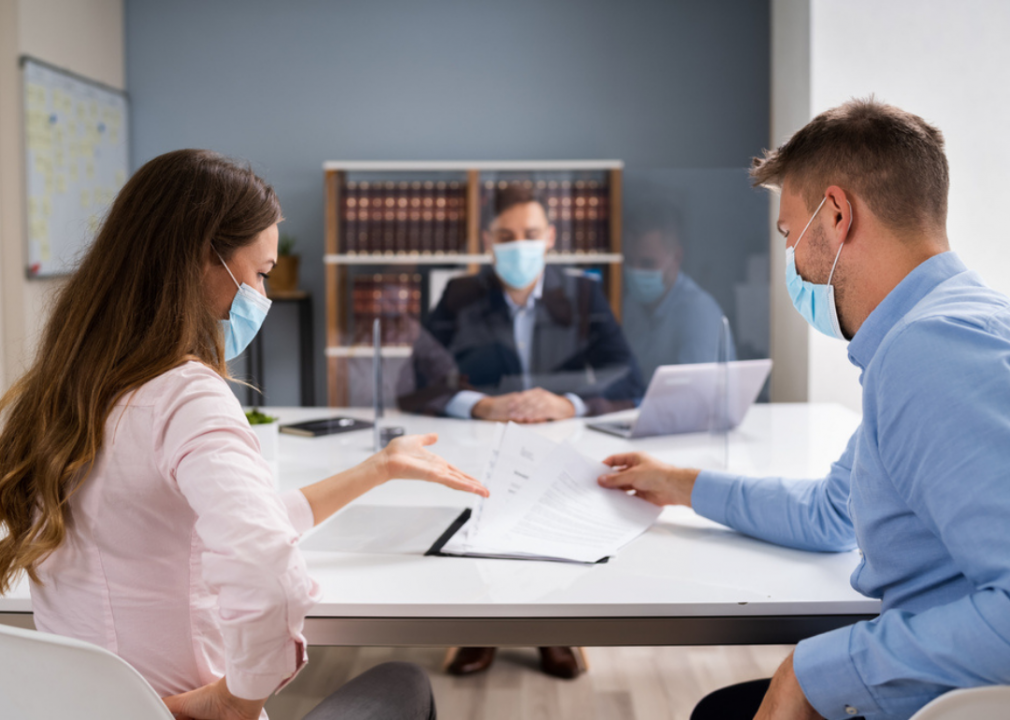 Insurance complaints consist of a litany of bad faith claims and failure to provide coverage for losses due to COVID-19 restrictions. The cases range from the little guys—like Chicago’s Billy Goat Tavern, Purple Pig, Lettuce Entertain You, and other small businesses that are suing Society Insurance for business interruption insurance. While in Las Vegas, casino owner Steve Wynn and his resorts are taking on insurer Factory Mutual over the same issue. According to Law.com staff reporter Amanda Bronstad, “Most judges, particularly in federal courts, have sided with the insurers, which have insisted that COVID-19 did not result in a physical loss or damage to their properties, as required under the policies. But some courts have sided with policyholders, leaving businesses a window of opportunity to pursue the claims farther.” But there have been numerous appeals from both sides. As one lawyer in Bronstad’s article who’d recently lost an appeal on behalf of an Ohio dental firm against its insurer put it, “It was very unlikely that both sides [plaintiffs or defendants] would get clarification soon. It’s going to take a long time to shake this out, and I’ll be really surprised if this shakes out the same way.”

This story originally appeared on Zapproved and was produced and distributed in partnership with Stacker Studio.

EXPLAINER: Is it time to get a COVID-19 booster? Which one?

FDA to meet to discuss COVID-19 vaccine for kids

Broken heart syndrome on the rise in Americans, study says

What is the ‘delta plus’ variant of the coronavirus?